In 2020, the tables turned on athletes and eSports. From spring through summer, eSports took over the role of entertaining the masses of traditional sports fans sat around with nothing to watch.

This time marked a huge switch to Twitch streaming and live video gameplay. From February to March, the number of Twitch users nearly doubled, jumping from 470,000 subscriptions to 800,000.

Twitch didn’t necessarily need the boost—by the end of 2019, the company logged 2.3 billion hours watched provided by over 3.64 million broadcasters. Not only did this make Twitch the most popular go-to for those looking for some form of live-action gaming, but it also helped to lure in top athletes who had no stadium to entertain.

Over the months, more and more athletes began to live-stream their play, buddying up with other big names to stay engaged with fans while they passed the time. In the case of the NBA and 2K Sports’ NBA 2K20, in particular, some seemed to be treating simulation play as a way to prep for the incoming season.

The NBA’s season unexpectedly stopped as the regular season ramped up in preparation for seeding the Playoff Series. Since then, individual players and entire teams have shifted toward simulation play.

In particular, the Phoenix Suns and Washington Wizards have made team-wide jumps to platforms like Twitch. Even as the NBA Finals wrap up and fans of other leagues prepare to wager on a variety of US sports, they’ll still be connected to their favorite NBA squad via Twitch live streams during the off-season.

The Wizards are broadcasting their NBA 2K20 play on TV, while the Suns are simulating their entire season through the same game via streaming. However, Meyers Leonard of the Miami Heat seems to be the poster-child for turning a career on the court into a career simulating basketball in front of the camera.

Unlike the teams and players listed above, Leonard prefers Call of Duty: Warzone. He regularly fields questions from interested fans as he plays, giving short answers without breaking his attention. He even plays with other top athletes, like Mario Hezonja of the Portland Trail Blazers and Josh Hart of the New Orleans Pelicans. Even Bronny James, son of LeBron, has made appearances.

Beyond the NBA, individual athletes have also embraced live streaming to cure boredom and slake the need for competition during the extended off-season. Many have also decided to help raise money for charity via Twitch and other live streaming platforms, including the NFL’s Michael Vick and JuJu Smith-Schuster.

Examples for successful crossovers abound. NASCAR’s Dale Earnhardt Jr. recently drew in almost one million viewers for a live virtual race that was broadcasted on Fox Sports. MLB Pitcher Trevor May of the Minnesota Twins is a prolific live streamer—as well as co-owner of an eSports lab.

From Vick to Earnhardt Jr. to May, it’s clear there’s a strong movement between the virtual and real sports endeavors. As eSports as an industry picks up more and more visibility and investment dollars, it’s likely more athletes and franchises will shift to sponsor their own teams or ‘eSports labs’, as is the case with May.

Though many athletes shifted to live streaming during downtime from canceled or stunted seasons, the live streaming trend is here to stay. Athletes like MMA fighter Demetrious Johnson have long seen the writing on the wall and worked to brand themselves within the Twitch world beyond their respective sport.

Johnson isn’t only a UFC Champion, he’s also got nearly 175,000 followers on Twitch, his own Discord channel, and a high production value behind every streaming project he begins. His chosen games include CoD, WoW, PUBG, and, perhaps as an ode to his origin as an MMA fighter, Street Fighter V.

Dubbed ‘Mighty Mouse’ and now the head of MightyGaming, his channels are worth checking out. In addition to his high production quality, Johnson delivers on personality with videos like ‘Call of Booty Training II’ as part of his ‘just chatting’ series. 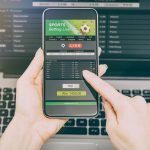 What To Look For In An Online Sports Betting Site 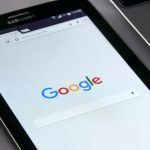 Why Is Search Intent Important in SEO?