Table of Content
The History of Vaping
The Different Types of E-Cigarettes
The Pros and Cons of Vaping
PROS:
CONS:
The Future of Vaping

It’s no secret that vaping has become increasingly popular in recent years. But is it really a growing market, or just a passing fad? Let’s take a look at the facts to answer this question. From revenue and sales growth to industry trends and regulations, this blog post will provide an overview of the current state of the vaping industry. It’ll also explore how retailers can leverage this information to capitalize on this emerging trend. So if you want to learn more about the vaping market and find out if it really is a growing one, keep reading!

The History of Vaping

Vaping has been around in some form or another since the 1960s, but it wasn’t until the early 2000s that it started to become popular as an alternative to smoking cigarettes. The first e-cigarette was invented by a Chinese pharmacist named Hon Lik in 2003, and it quickly caught on as a way for people to get their nicotine fix without all of the harmful side effects of smoking tobacco.

Since then, vaping has become a global phenomenon, with millions of people using e-cigarettes all over the world. In recent years, the vaping industry has exploded, with new companies and products popping up all the time. And while there’s still some debate about whether or not vaping is actually healthier than smoking cigarettes, there’s no doubt that it’s here to stay.

The Different Types of E-Cigarettes

E-cigarettes come in many different shapes and sizes. Some look like traditional cigarettes, while others look like pens or even USB sticks. There are also larger devices called mods that can be customized to the user’s preferences.

The most common type of e-cigarette is the cigalike, which looks and feels like a traditional cigarette. These e-cigarettes typically have a cartridge of nicotine solution that is vaporized by a battery-powered heating element.

Another popular type of e-cigarette is the tank system, which uses a refillable tank of nicotine solution instead of a cartridge. Tank systems provide a more consistent level of vapor production and allow the user to customize their vaping experience.

Mods are large, customizable devices that allow users to control every aspect of their vaping experience. Mods can include features such as variable wattage and temperature control. Some mods can even accommodate multiple batteries for extended use. When shopping for HHC cartridges, for example, it’s important to understand the specific requirements of your mod. E-cigarettes come in many different varieties and styles, making it easy to find one that suits your lifestyle. Whether you’re a beginner or an experienced vaper, there is an e-cigarette out there for you.

The Pros and Cons of Vaping

1. Vaping is less harmful than smoking cigarettes. While nicotine is still addictive and not good for your health, the chemicals in cigarettes are what make smoking so damaging to your health. By switching to vaping, you can significantly reduce your risk of developing cancer or other smoking-related diseases.

2. Vaping is cheaper than smoking cigarettes. A pack of cigarettes can cost upwards of $10 these days, while a bottle of e-liquid lasts for weeks and only costs a few dollars. Over time, vaping will save you a lot of money.

3. Vaping can help you quit smoking cigarettes. Many people have successfully used vaping as a tool to help them quit smoking completely. If you’re trying to quit smoking, give vaping a try – it could be the key to success for you.

1. Vaping is not 100% safe. While it’s true that vaping is less harmful than smoking cigarettes, there are still some risks associated with it. Nicotine is addictive and can be harmful to your health, so it’s important to be aware of those risks before you start vaping.

3. Vaping can be expensive if you don’t shop around. If you buy your e-liquid from a convenience store or gas station, you’re likely to pay a lot more than if you shop online or at a vape shop. If you want to make sure you get the best deal on your vaping supplies, it pays to shop around.

Overall, there are both pros and cons associated with vaping. While it’s not 100% safe, it is much less harmful than smoking cigarettes and could help you quit smoking entirely if used correctly. So, if you’re thinking of trying out vaping, make sure to do your research first and understand the risks before making any decisions.

The Future of Vaping

As the vaping industry continues to grow, so does the speculation about its future. Some believe that vaping will eventually replace traditional cigarettes as the go-to choice for smokers, while others think that the market will eventually dwindle as health concerns mount.

So, what does the future hold for vaping? Only time will tell, but there are some factors that could influence the direction of the industry.

First and foremost, public perception is key. If more people view vaping as a dangerous habit, it could lead to stricter regulations that make it difficult for manufacturers to stay in business. Additionally, if smoking rates continue to decline, there may not be enough smokers left to sustain the demand for vaping products.

On the other hand, if vaping becomes more widely accepted as a harm reduction tool or even a cessation aid, it could help to boost its popularity. Additionally, new technologies that make vaping more convenient and appealing could also help to increase its appeal.

Only time will tell what the future of vaping holds, but it’s certainly an industry worth watching.

From the facts presented, it is clear that vaping is a growing market with a number of potential benefits. The rising popularity of e-cigarettes and their perceived safety over traditional tobacco products have made them an attractive option for those looking to quit smoking or just enjoy nicotine without the health risks. With new advances in technology and flavors, manufacturers are creating more products to meet consumer demands. As these trends continue, we can expect the vaping industry to remain one of the fastest-growing markets in 2020 and beyond. 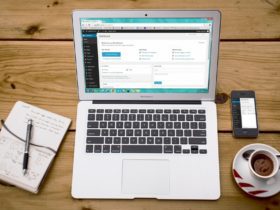 Things You Should Know About Effective Guest Posting 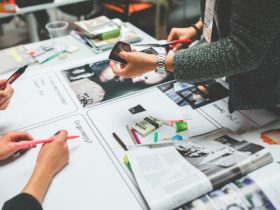 Is Cryptocurrency Only Limited To Bitcoin? What Is IVR (Interactive Voice Response) and How Does it Work? Insuring Your Business: Why You Need a Broker 9 Ways a Strong Digital Strategy Can Help Your Business How Pharmaceutical Businesses Can Reach More Clients in the Tech Age